Cellular Memory and Your Health

What is Cellular Memory? Cellular memory is a library storehouse of everything that has ever happened to you in your life. Applied kinesiology muscle testing is a technique discovered and used thousands of years ago by Native American Indians. It allows healers to tap in and discover anything about ourselves, on a physical, emotional or energetic level, or to tap into the subconscious mind right down to a cellular level. Cellular memory and the electricity of the body can be used to determine the cause and the natural remedy for many chronic diseases.


A healer can also test everything that people are taking to determine if it is good for them, or if their body really needs it.  People have a tendency to go to the health food store and use the shotgun approach.  They think that if they take enough things, they will eventually get something that their body needs or that will fix their problems.  What they don't realize is that if you put something into your body that it doesn't want or need, it has a negative impact (even though it may be a good product) because the body has to determine what to do with it, and it takes positive energy away from the body. (Thank you Mike Carey).


If a healer can tell me what is out of balance or “sick” in my body, and he can tell me the foods and supplements that can help or hurt me, then I might be able to correct the deficiencies in my body that contribute to ill health and cancer.


I decided to try this out. I was introduced to Mike Carey. Mike has been active in alternative health for 34 years and learned how to do muscle testing (applied kinesiology), initially using the acupuncture points on the body, a system that was developed by a Dr. Versendahl.


Mike told me that I had heavy metal toxicity (specifically mercury, aluminum and fluoride),  told me the remedy, and also explained why my previous efforts to test for and remove these metals failed.  I was also surprised to learn that while I am not overly exposed to these toxins now, likely they have been lurking within for most of my life.  I am also told this was a major contributor to my cancer. He told me that the “carpel” or “arthritis” I suffer from in my left hand is actually pain coming from my left ankle, something a chiropractor or physical therapist can correct, and also told me of a tincture or tea that will help with the occipital bone that needs some work to correct this problem.  A two-fold problem, I am told, but as I am eager to remove the inflammation, I soak up the explanation. We talked about positive energy; and no, this is not the same thing as “being positive”.  He explained to me how to correct the energy deficiencies.

I am excited as I know that if you do not address the causes of illness, you cannot hope for a cure, only bandaids for continued sickness or recurrence. I will be working on these issues with Mike and he will be guest on my show in the fall when we discuss the details and my progress.  I will also be posting some of my interim progress on Facebook.


In the meantime, the following is a guest post by Mike Carey. 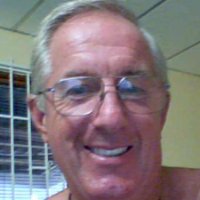 I have done nutritional consulting and muscle testing for over 30 years. For the past 17 years, I have used cellular memory and the electricity of the body to determine the cause and the natural remedy for many illnesses including Diabetes, Eczema, Herpes, Hepatitis C,
Chronic Fatigue, Fibromyalgia, Parkinson's, and many others.

My youngest daughter had chronic fatigue from the age of 8 until she was 16.  She had no energy to do the normal things that children do.  I had her to many doctors, naturopaths, and other health professionals and no one could find the cause or the remedy.  It was then that I learned about cellular memory and the way to tap into it.  Medical science had determined, through doing transplants, that the memory passes at the cellular level, and that every cell in your body knows everything that has ever happened to you in your life.  People getting a new organ would often find themselves craving the same food, or even loving the same person as the one they got the organ from.  I found out that you can tap into that memory by asking the body questions that can be answered "yes" or "no", and the body will respond electrically which can then be understood through muscle testing.  I immediately tried this with my daughter, and discovered two problems that were the cause of her chronic fatigue. I was able to fix both problems, and in two days all of her energy came back ~after 8 years.  That made me a believer in this method and I have been using it very successfully since that time.


As to how it works, it is a mystery.  I believe that it has to do with a science of communication that we don't yet understand or haven't yet discovered.  I think it probably involves particle physics and quantum mechanics, but I just don't know.  I do know that it works, and is extremely accurate.  Testing over the phone is another mystery, however, the phone works on electronics, and it is all based on frequencies, so I can partially understand that.  Frequencies travel through the air, or we wouldn't have radio or TV.  It is the same principle.  I do know that it is not spiritual because I am a licensed Christian pastor and wouldn't do anything that was not of God.  In addition, I use it to heal people, and the enemy isn't in that business.


I have a check list that I go through with each person.  The list covers nearly everything in the body, including structure and emotions.  When I find a problem, I want to know how bad it is, on a scale of 1-10, with 1 being the least and 10 being the worst.  I also check the overall immune system to see how hard it is working.  With these two numbers, I have a way to check and double check if a particular remedy will work or not.  The nice thing about this is that I don't have to guess about anything.  The body tells me exactly what the problem is and what natural remedy will fix it.  I just have to ask the right questions.  Over the past 17 years, I have cured people of most of the common maladies that we are facing in our world, including Cancer, Diabetes, Parkinson's, Fibromyalgia, Arthritis, Eczema, Herpes, Shingles, Hepatitis C and more.  I do this by finding and eliminating the cause of the problem, not just treating the symptoms as we are accustomed to.


I even cured a man of blindness.  He had been blind for 3 months with macular degeneration.  I tested him over the phone, found the cause and the remedy, and in two weeks he got his sight back.  What I do is a gift from God.  I have tried to teach other health professionals, but they just can't do it, so it has to be a gift.  I thank the Lord for it every day.  I also practice this with myself and my family, and it shows.  We are very healthy and stay that way.  I am 71, but feel 51.  I play tennis 3 times per week and can do 20 pushups.  That is incredible in itself.


Everything has a cause. I find the cause and eliminate it naturally, which allows the immune system to work normally and heal the body.  This is a unique approach that is the opposite of treating symptoms with drugs, or surgery.  The testing method is weird, but it works.  There are machines now that do nearly the same kind of testing.  The personal touch is best, however.


MEDICAL DISCLAIMER:  Reading the information in this post does not constitute a physician-patient relationship. The information included in this email is for educational purposes only. It is not intended nor implied to be a substitute for professional medical advice, nor does it imply that cancer can be detected or cured via cellular memory or muscle testing. Always consult with your healthcare provider regarding a medical condition or any treatments.

Elyn Jacobs is a breast cancer survivor, professional cancer coach, radio talk show host, speaker, and the Executive Director for the Emerald Heart Cancer Foundation. She is also on the peer review board of the Natural Standard Database. Elyn empowers women to choose the path for treatment that best fits their own individual needs. She is passionate about helping others move forward into a life of health and wellbeing. Elyn lives in New York with her husband and two young boys. www.elynjacobs.wordpress.com.


Listen to the Survive and Live Well  radio show archives

If this blog was helpful to you, please let me know, thanks! 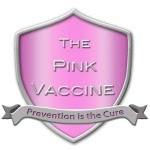 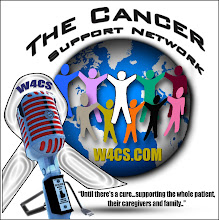 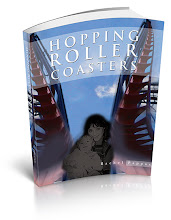 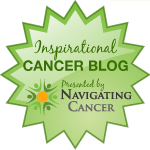